In the current fast world, the demands on us can be great. Add to this parenting. Add the pressure to define a career. Add figuring out our meaning on this planet. And so on. What we hear then is suggestions about ‘self-care’ and ‘work-life-balance’ and so on. Ultimately, these suggestions become another stick to beat ourselves with. You’re burning out? That’s your own fault – self-care, man! Here is what Dr Todd B Kashdan Ph.D has to say about this:

If your mind is anything like my mind, some of the ways you judge yourself are very harsh. In fact, I don’t think I would ever dare with anyone else to use the expressions I used toward myself. We could spend much time discussing why that is. I could mention my learning, for example. If your schooling was anything like mine, the most prominent remarks when you got your homework back were in red pen pointing out where you’ve gone wrong. Being a good learner, I developed a pattern of setting an impossible expectation for myself (often to exceed expectations), and instead of seeing what I’ve accomplished, focus on where I’ve gone wrong. I could also turn to RFT for answers. Mmm… I can see how if success =100%, then 80% is 20% less, or in other words, it’s FAILURE. There are many other explanations, including seeing others’ outsides (cool-calm-collected) and comparing to my insides (a mess). Maybe my skewed attention to the negative where out of ten, the one conversation playing on my mind will be where I said something wrong. Here’s Dr Eric Morris’ view on the inner critic:

Of course! Be open with you therapist if there are specific concerns you are worried about. Most psychotherapists will also be open with you if there is a concern they may have identified. Throughout the course of therapy, you may bring up issues from your perspective and the psychotherapist will try to understand what it is like to be in your shoes, develop and negotiate the best way forward, and continuously evaluate the progress as it is implemented.  Some psychotherapists specialise in working with this Client group. For example, Dr Michael Free has specific interest in working with Christian Clients. If you want to know more, you can read ACT With Faith by Ingrid Ord.

SmartQuit – excellent research so far! The Brisbane ACT Centre is running a trial as we speak.  Check it out here:

New Australian practice standards, developed specifically for psychologists and social workers by the Family Law Courts, have been designed to ensure best practice in conducting and reporting family assessments in family law matters determining the best interests of the child

The two cyclones that hit northern Australia over the last week have wreaked havoc in a large number of communities in Queensland and the Northern Territory, and our thoughts go out to all those affected. Various APS Branches have been active on the ground in assisting with psychosocial recovery. The APS has been providing disaster resources to practitioners, the general public and the media, as well as working closely with Red Cross in the recovery effort.

Nevada Foundation Professor and Director of Clinical Training at the Department of Psychology at the University of Nevada Prof Steven C. Hayes has been trying to explain some of his revolutionary ideas in Psychotherapy. He has his own blog ( http://www.stevenchayes.com/ ) and it is talked extensively about here: http://djmoran.podbean.com/

Of course you can! There is a wealth of resources and most of us are trying hard to put ourselves out of work.  Here is an accessible article telling a story about ACT is in plain language. Thank you, Dr Rob Purssey for pointing this one out! Go to article here:

Mindfulness has been generating much traction lately and has become somewhat of a fad. At the same time, we have solid research from medically trained Clinicians and Academics like Prof Jon Kabat-Zinn teaching mindfulness concepts in a Medical Degree.  Luckily, the research has been summarised and put into one simple publication by David S. Black, PhD here: 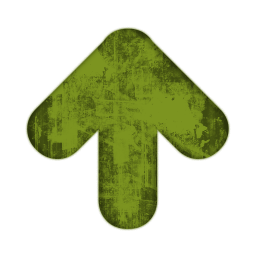